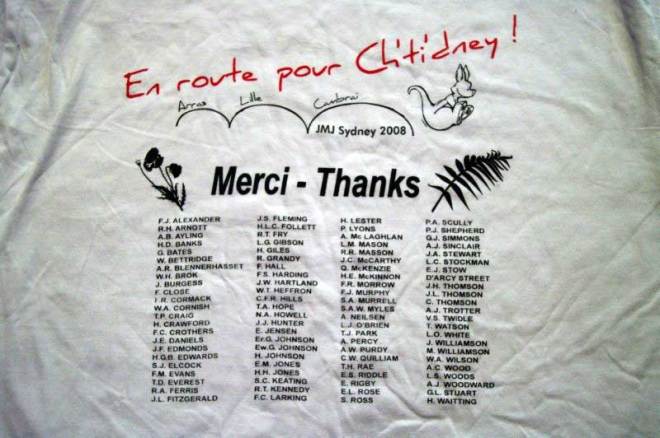 Many attending from the Archdiocese of Cambrai, the Diocese of Lille and the Diocese of Arras wore the t-shirt during the service at St Andrew’s and indeed earlier to mass at St Peter’s. T-shirts were presented to Father Bennett, Mayor Livingston, Deputy Mayor Lee and others.